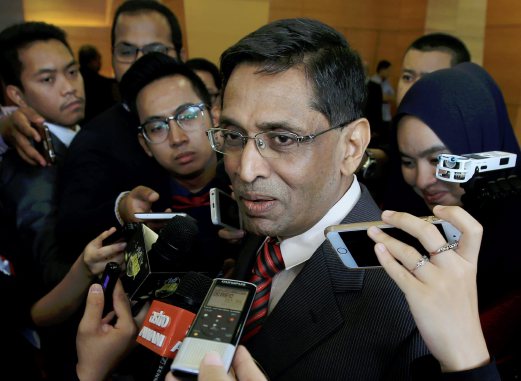 KUALA LUMPUR: The Health Ministry is looking to impose taxes on e-cigarettes.

“If it (e-cig) contains nicotine, we have the legal power to treat it the same way we treat tobacco. We can tax it,” he said at the Dewan Rakyat lobby earlier.

He said the ministry was fighting to prevent the vaping culture from replacing the cigarette smoking culture after the successful 40 to 50-year-old war against tobacco.

“Within just a year, e-cig and vape users have increased tremendously. Now there are over a million users.

“This is a worrying development,” he said citing a video that made rounds on social media, showing a father passing an e-cig to his three-year-old child, as an example.

The ministry, Dr. Subramaniam said, has a responsibility to send a firm message that e-cigarettes can have long-term adverse effects on human health.

“Our message is simple. We want to stop Malaysians from vaping - whether there is a ban on it or not,” he asserted.

He said there had been raids on vape shops that nicotine-containing e-cigs as the substance is controlled under the Poisons Act 1952.

“Anyone who sells nicotine must apply for a permit. Otherwise, they are committing an offense and we can take action,” he said.

Last week, Dr. Subramaniam had said that the ministry was studying laws for a blanket ban on e-cigarettes.

The ban was the ministry’s long-term goal to avoid a major health issue.